What makes Krav Maga as a self-defense system so special? 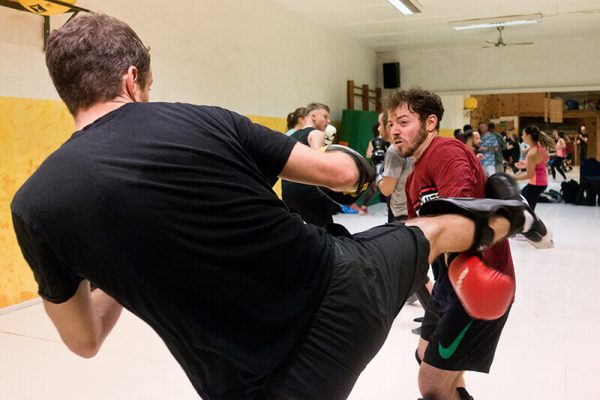 Today, in 2022, it is possible to say that Krav Maga is one of the most widely used self-defense and combat systems in the world, and one of the most renowned combat sports. Where does this popularity come from?

During the 1980s, 1990s, and 2000s, we saw the distribution and success of many films and documentaries based on combat sports mainly from Asia, such as Karate, Aikido, Kung-Fu, Wing-Chun, kickboxing, to name only the most popular combat systems seen in these films, which gave birth to many stars of the genre, whose popularity has never diminished since. Some names like Bruce-Lee are nowadays legendary names. From that time until today, we have also seen the emergence of a strong attraction for MMA and Brazilian jiujitsu, popularized by the fights organized by the UFC organization, which has given birth to world-famous stars and took a big part in the popularization of those combat systems.

Unfortunately for us, Krav Maga has not experienced this popular craze, as it is very rarely featured in popular culture. Indeed, to cite only one of the obvious reasons for this lack of media success, Krav Maga has no rules; it is unthinkable for us to limit our students to a limited number of techniques to defend themselves in case of an attack in the street where they would need all the possible tools at their disposal to defend themselves. No rule means that it is not possible to make competitions and thus popularize it through this way.

Furthermore, the aesthetics of the body movements associated with the practice of Krav Maga are not “beautiful”; indeed, this is not its goal, the effectiveness of the strikes being the priority in our practice and our Krav Maga coaching in Berlin, and everywhere Krav Maga is practiced.

Where Krav Maga has been popularized, little by little, because of this same effectiveness, is at the institutional level. Indeed, many combat and law enforcement units have adopted our defense system, those all over the world, train and use it in their interventions, judging it to be by far the most realistic and effective in combat situations, both barehanded and armed. Some countries like the Philippines have even introduced Krav Maga as a combat system for their national army.

Krav Maga for everyone, in Berlin and around the world

Krav Maga was designed to be learned by everyone, regardless of gender, age, body type, or physical ability; everyone can and would benefit, in our opinion, from learning how to defend themselves, against one or more assailants in a variety of situations, from the simplest one where the assailant is alone, not very aggressive, and unarmed, to an attack by a violent group, some of whom may be armed.

Here again, the success of Krav Maga has been built little by little around the growing recognition of its effectiveness, group by group, one self-defense school after another, to reach today an ever-increasing number of school openings throughout the world, and the expansion of the recognition of our self-defense system by the greatest number.

If you want to learn krav maga in Berlin Kreuzberg, don’t hesitate to contact us by mail, we will be happy to answer you and propose you join us for a free trial training.